Bob is a lifelong resident of Iowa. The Malloy family farm where he grew up in Iowa County is considered a Century Farm.

Bob graduated from the University of Iowa in 1971 with a Bachelor’s Degree. He received his legal education at Drake University Law School. He was admitted to the Iowa Bar in 1974 and has been practicing law and helping Iowans ever since. Bob is also admitted to practice before the US Court of Appeals 8th Circuit and US Districts Northern and Southern Districts of Iowa. His law practice has concentrated on Agribusiness, including general, civil, and trial practice, corporate, trust and wills, and agricultural law. He has served as a city attorney, President of the 2B Judicial District of the Iowa Bar Association, member and speaker of the International Conference of Agricultural Law in Moscow, Russia, and authored “Estate Planning for the Farmer” for the Young Lawyers Association. He is currently a member of the Wright County Bar Association and the Iowa Bar Association. Bob has been a past chairman of the Agricultural Law Section, a member of the American Bar Association and Vice-Chairman of the Solo Practitioners Committee of Economics of Law Practice. In addition, he served for the United States Army as a 1st Lieutenant. 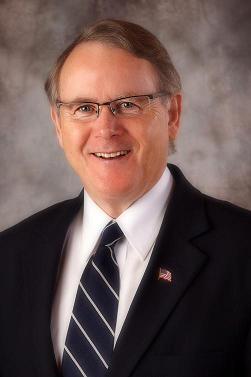